A Brief History of Pearls

Long known as the 'Queen of Gems' pearls were once the exclusive property of the rich and powerful. No one can say who 'discovered' pearls - probably they were first found by ancient peoples searching the shores for food. The Romans and Egyptians prized pearls and used them as decorative items as far back as the 5th Century BC. Chinese records mention them earlier still. Pearls have a place in Hindu, Islamic and Christian traditions - often to symbolise purity and perfection.

The principal oyster beds lay in the Persian Gulf, along the coasts of India and in the Red Sea. Chinese pearls came mostly from rivers and lakes whilst Japanese pearls were found in salt water.

As Europe expanded into the New World and pearl beds were discovered in the waters of Central and South America, pearls became increasingly popular at the royal courts of Europe. Some countries passed laws forbidding all but nobility to wear them.

The popularity of pearls came at a price. By the 1800's overfishing had depleted most of the American oyster populations. Until the end of the 19th century, pearls were available only to the rich.

In the early 1900's, a revolution in pearl production occured. Kokichi Mikimoto, son of a Japanese noodle maker, harnessed techniques, (he didn't invent them) for introducing an 'irritant' into the oyster to stimulate the secretion of nacre which forms the pearl. The era of cultured pearls had begun though it would take decades before the original techniques were perfected. 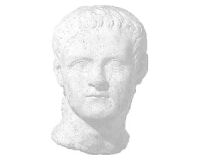 Rome in the first century lusted for pearls and didn't hesitate to plunder it's conquered territories for the gems.

The Emperor Caligula (41 AD), having made his horse a consul, decorated it with a pearl necklace. His unfortunate subjects weren't so lucky.

It's said that the Roman General Vitelliusa paid for an entire military campaign by selling one of his mother's pearl earrings.

One place even the Romans were unable to pillage was Tahiti and the islands of French Polynesia.

The area's first pearl farm was founded in the mid-1960's but it was not until twenty years later that significant quantities of Tahitian pearls appeared on the market.

Cleopatra is said to have crushed a pearl into a glass of wine to prove to Marc Antony that she could give the most expensive dinner in history.

Queen Elizabeth 1
"To be a king and wear a crown is a thing more glorious to them that see it than it is pleasant to them that bear it".

... although Jaqueline Kennedy's much loved triple strands were made of glass... 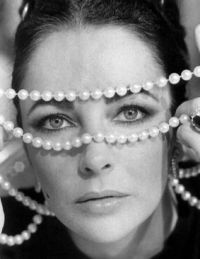 ...and Elizabeth Taylor, who starred in the 1963 film "Cleopatra".
Today, even modestly priced cultured pearls rival the quality of the most expensive natural pearls. Discover more about pearls and their history in Wikipedia.